Polar bears are North America’s apex predator, and one of the most magnificent animals on the planet. And the Arctic National Wildlife Refuge in Alaska is easily one of the best places in the world to view and photograph these stunning creatures. Every winter, dozens gather here to wait for the sea to freeze. There is a brief two-week window of amazing photography, between when the snow starts to fall in late September and early October and the sea ice forms in mid-October (once the ice forms, the bears begin to disperse). I’ve been to Alaska twice to photograph polar bears, and here are just a few of my favorite images from those trips.

The bears are best – and most safely – viewed from a boat on the water. There always seem to be plenty of polar bears play-fighting, especially the precocious cubs. I photographed these two siblings as they brawled for several minutes after taking a swim in the frigid waters of the Arctic Ocean. 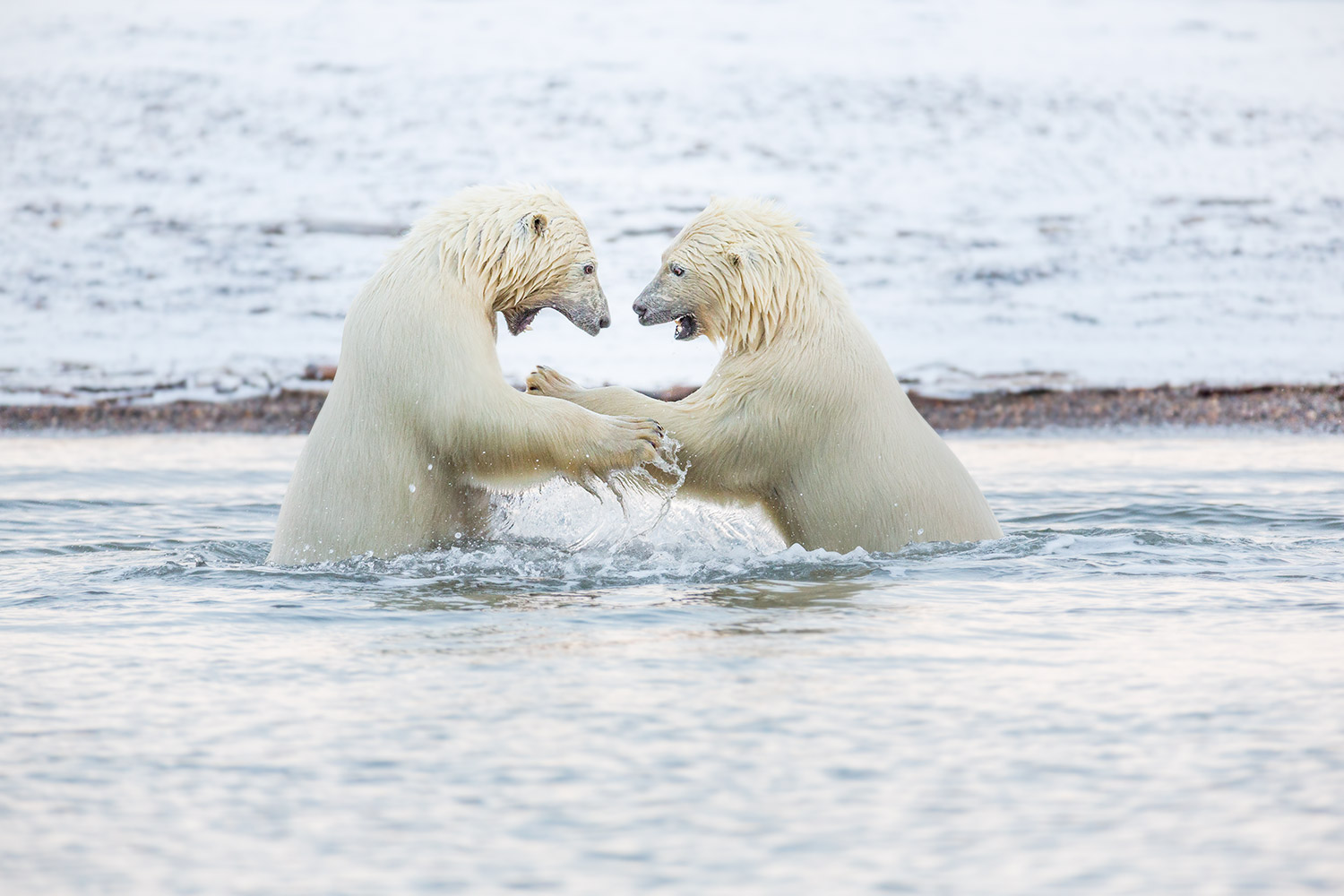 I took this portrait below of a curious cub as it approached to investigate the boat I was in, moored just offshore. Anytime a boat got close to the shore, the cub would come running toward it. By anticipating his response, I was able to capture this tight portrait. I waited for the moment when it turned its head diagonally (making the composition more interesting) before triggering the shutter. 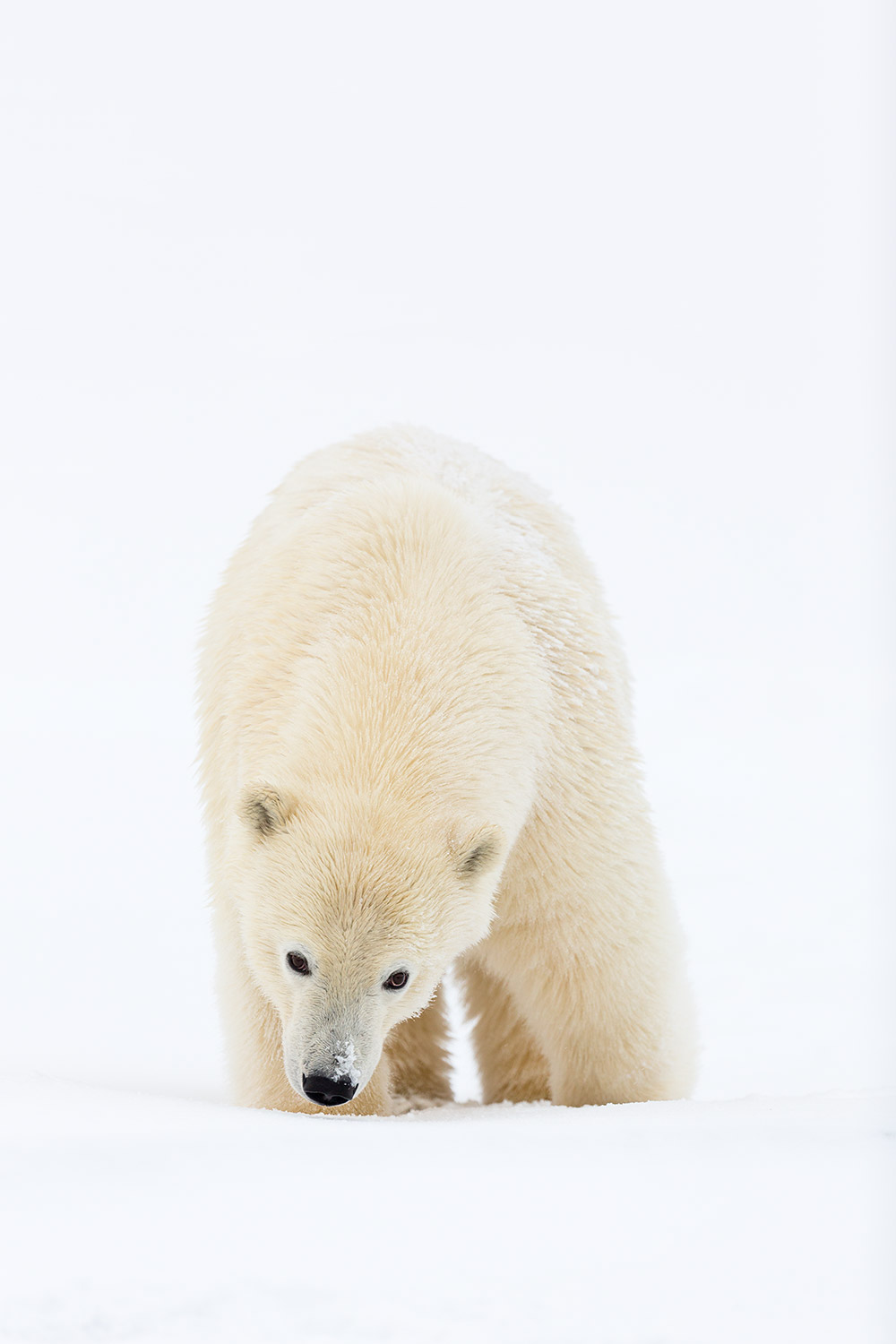 I photographed this large bear one morning as it crossed in front of the rising sun, passing the remains of a dead whale. I waited for the moment when the bear was in front of the brightest and most colorful reflections in the water. The light was bright, so I carefully chose my exposure to make sure that the highlights weren’t overexposed, letting the rest of the scene go into silhouette. I wanted an image that told a story, so I used color, light, and exposure creatively, and included a hint of the surrounding harsh environment in which these amazing creatures live to provide context. 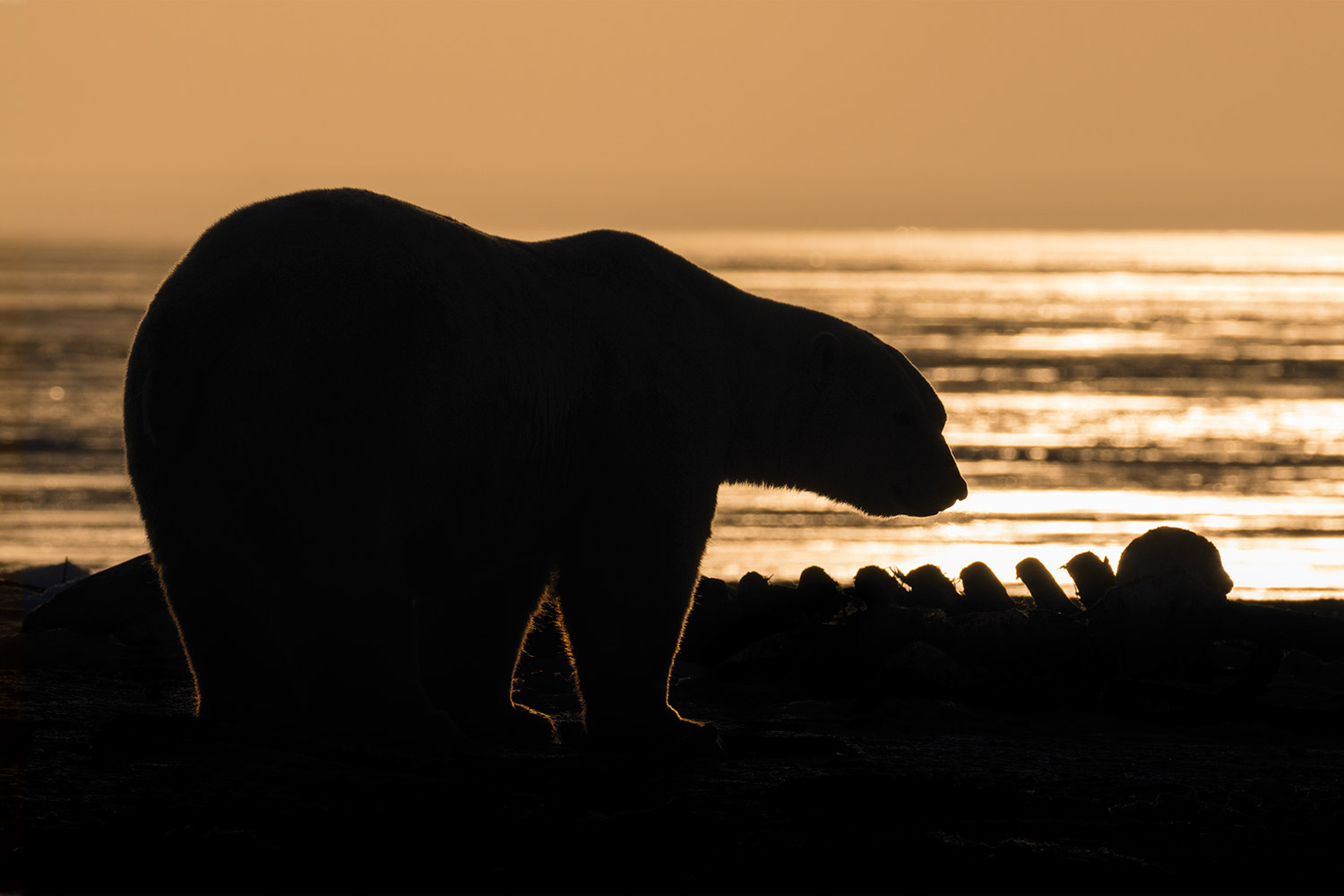 This amazing wildlife spectacle lasts only for a short time every year so don’t miss out!

2 Responses to “Polar Bears of the Arctic National Wildlife Refuge”