Frankly, there’s nothing more amusing than watching someone count the number of subjects in a potential shot, and then reject the composition because the number is six instead of seven (I’ve actually seen this happen). In my opinion, a good photographer can make successful compositions whether dealing with one, two, three, four, or ten thousand subjects.

That said, I must admit that I do have a certain affection for the number three. Although I look for good visual designs no matter the numbers, when I can successfully incorporate three into my composition, I usually jump at the chance. As it turns out (as with so many things), Schoolhouse Rock was right: sometimes, “Three is a Magic Number.”

Related article: Photo Composition Tip: One (Is the Loneliest Number) 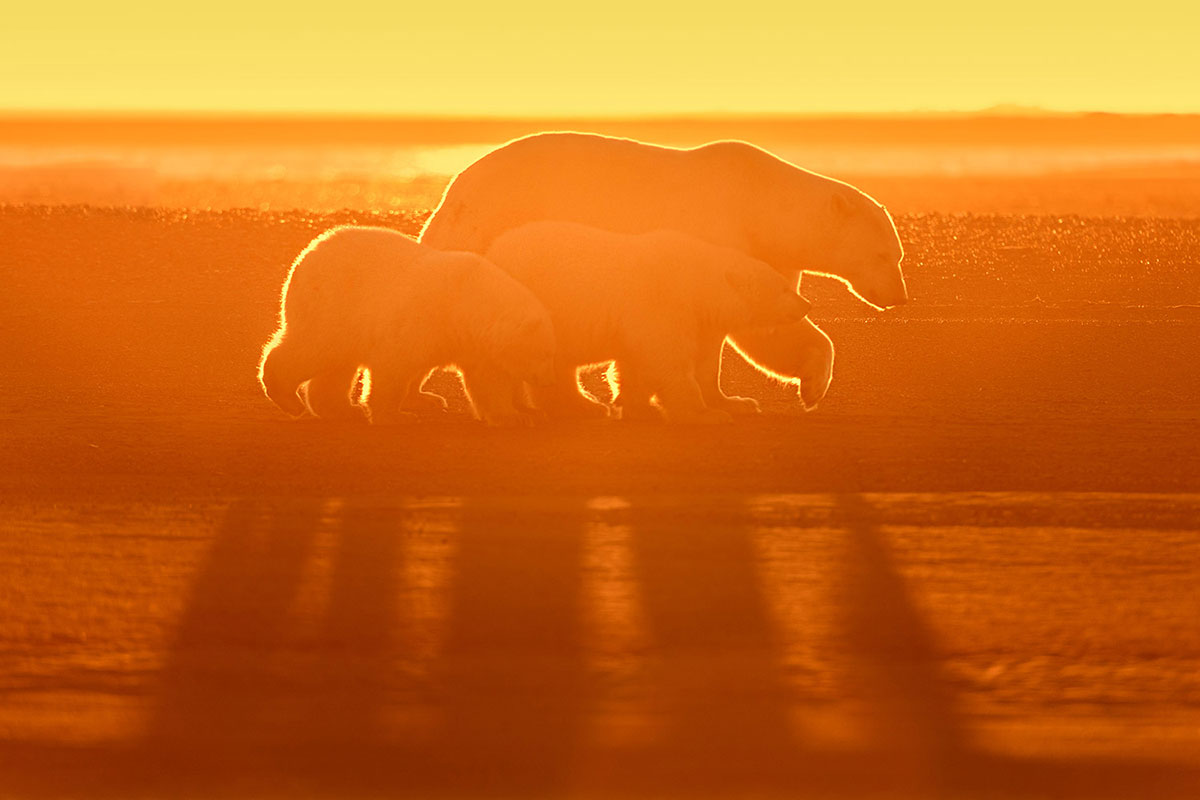 What’s so special about the number three? Three subjects lend themselves to more complex visual interactions than when you are working with just two or one. Here are three ways you can use three subjects to create powerful compositions. Sorry, I just couldn’t resist!

Three subjects can form a triangle.

Triangles are, quite simply, shapes formed by three connected sides. Many elements within the natural world approximate the triangle shape, including mountains and conifer trees. Implied triangles can also arise from the interaction of three objects, such as the three Cape fur seals in the photo below. In terms of composition, triangles can create balance and stability, bringing order to the visual design of your photograph. As discussed in more detail below, triangles can also point the viewer’s eye to important parts of the image, leading the viewer deeper into the scene. 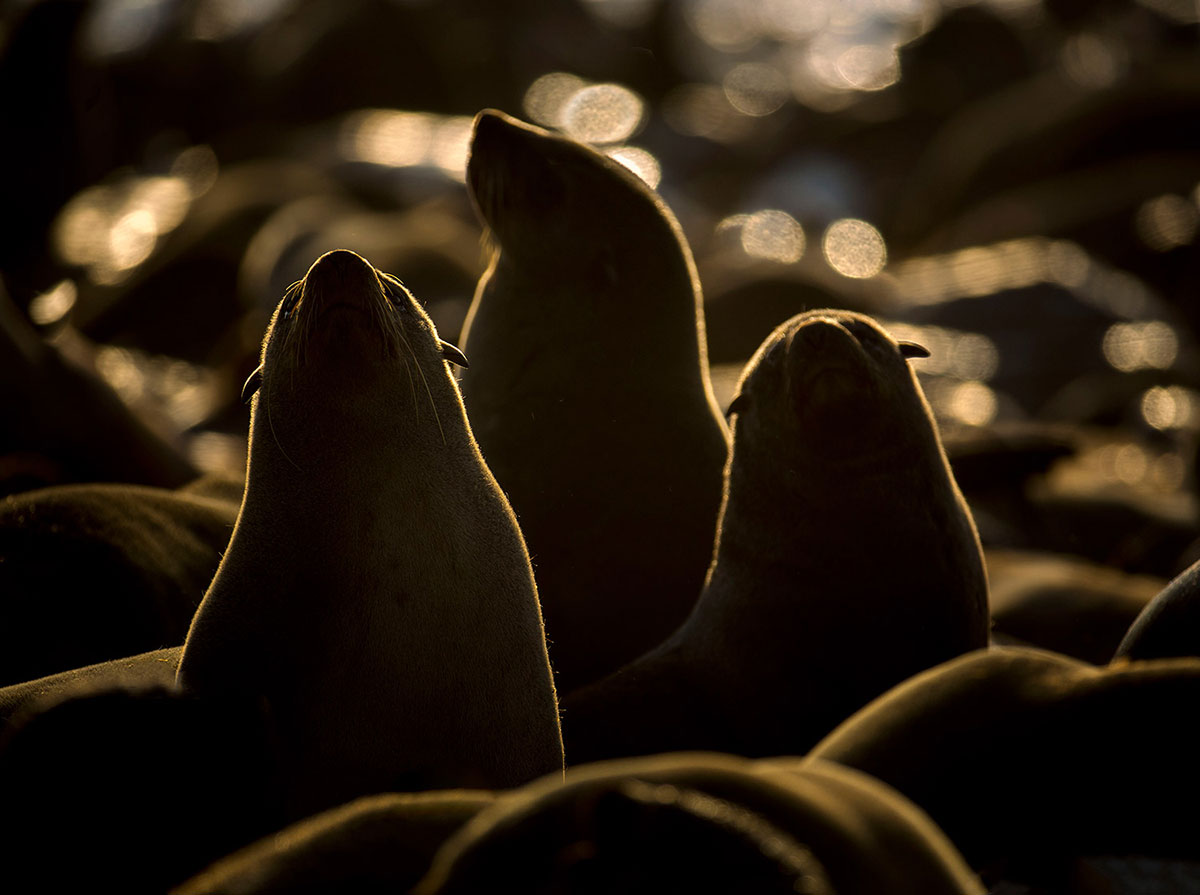 I shot this trio of seals backlit at sunset, creatively using the specular highlights in the background. A dark exposure reveals only the rim light around the edges of the seals. Cape Cross Seal Reserve, Namibia. Canon 5DIII, Canon 200-400mm f/4 lens with built-in 1.4x extender, ISO 640, f/5.6, 1/800 second.

Related article: Creative Use of Bokeh in Photography

The point in the distance at which objects become too small to see is called a vanishing point. Think of railroad tracks; even though they are parallel, when you look down a set of tracks, they seem to steadily converge to (and vanish at) a point at the horizon. Since the Renaissance, artists have been using vanishing points as perspective cues to create the illusion of depth in two-dimensional art. But even more important than that, the convergence of two lines at a single point compellingly leads the viewer’s eye deep into a composition. 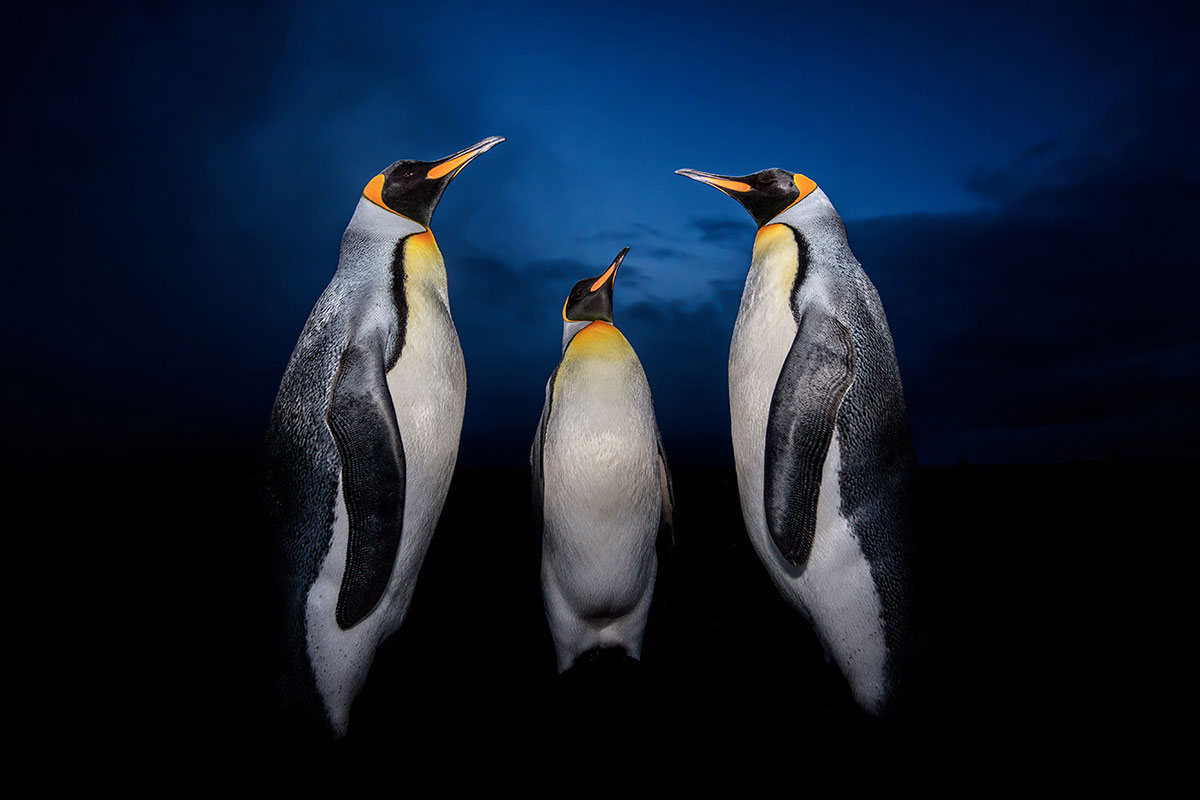 Related article: How to Use Leading Lines to Create Compelling Landscape Photos

Three subjects can form a pattern.

One object by itself is just lonely, while two similar objects side by side is just a coincidence. But three similar objects in a row starts to look suspiciously like a pattern. Why does this matter? Well, as it turns out, the human eye is naturally attracted to repeating shapes and colors, which is why we find patterns particularly appealing. If you think about it, humans put patterns everywhere, from our city streets, to the clothes we wear, to the music we listen to. The great thing about the number three is that it is the minimum number you need to form a pattern. Of course, a pattern will emerge only if your three subjects are sufficiently similar. Having one subject break the pattern slightly (for example, by standing or holding its head a different way, or by being closer to one subject than the other) can enhance visual interest. 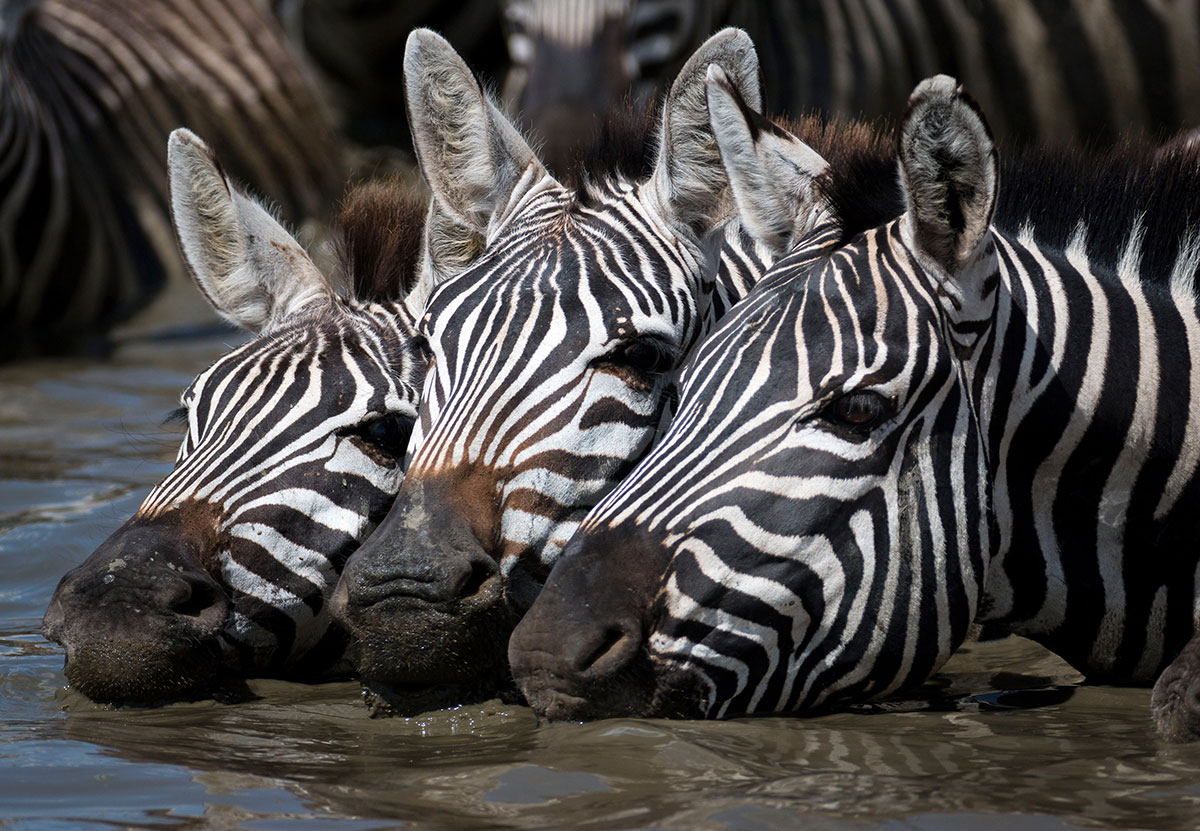 Three can be a powerful number for photography, so be on the lookout for scenes involving three subjects. When three subjects come together and interact, interesting compositions can be the result.

If you are interested in taking your photos to the next level, then check out Visual Flow, my critically acclaimed eBook/video bundle on photographic composition. This is a great resource, but don’t just take it from me – here’s what others have said about it:

“Ian Plant has done the best job I have seen in explaining the secrets of good composition.” —Landscape Photography Magazine

“Visual Flow is one of the most comprehensive e-books I’ve ever read on the topic of composition. In fact, I would say this book might completely revitalize your photography.” —PhotoWhoa

“Ian Plant’s eBook Visual Flow: Mastering the Art of Composition belongs on the digital bookshelf of every serious photographer.” —PhotographyTricks.com

3 Responses to “Photo Composition Tip: Three is a Magic Number”