Death Valley is the lowest, driest, and hottest place in North America. During the California Gold Rush of 1849, a group of westbound settlers got lost in Death Valley for several weeks, forced to eat several of their oxen to survive. When they eventually found a way out, one of the women in the group turned and said, “Goodbye Death Valley” – and the name stuck. Although I suppose she said those words with a certain amount of relief, today’s visitors to Death Valley National Park aren’t so cheered by the prospect of leaving. Instead, goodbyes to this remarkable landscape are laden with sorrow, and an eager wish to someday return.

Badwater Basin, the lowest place in North America (at 282 below sea level), is a favorite stop for most photographers. Badwater is a salt pan that stretches for miles, and one can find interesting hexagonal patterns that are the result of infrequent flooding. I was lucky to be there after heavy rains, leaving the Badwater Basin covered by a thin layer of water for several days – perfect for reflection photos! 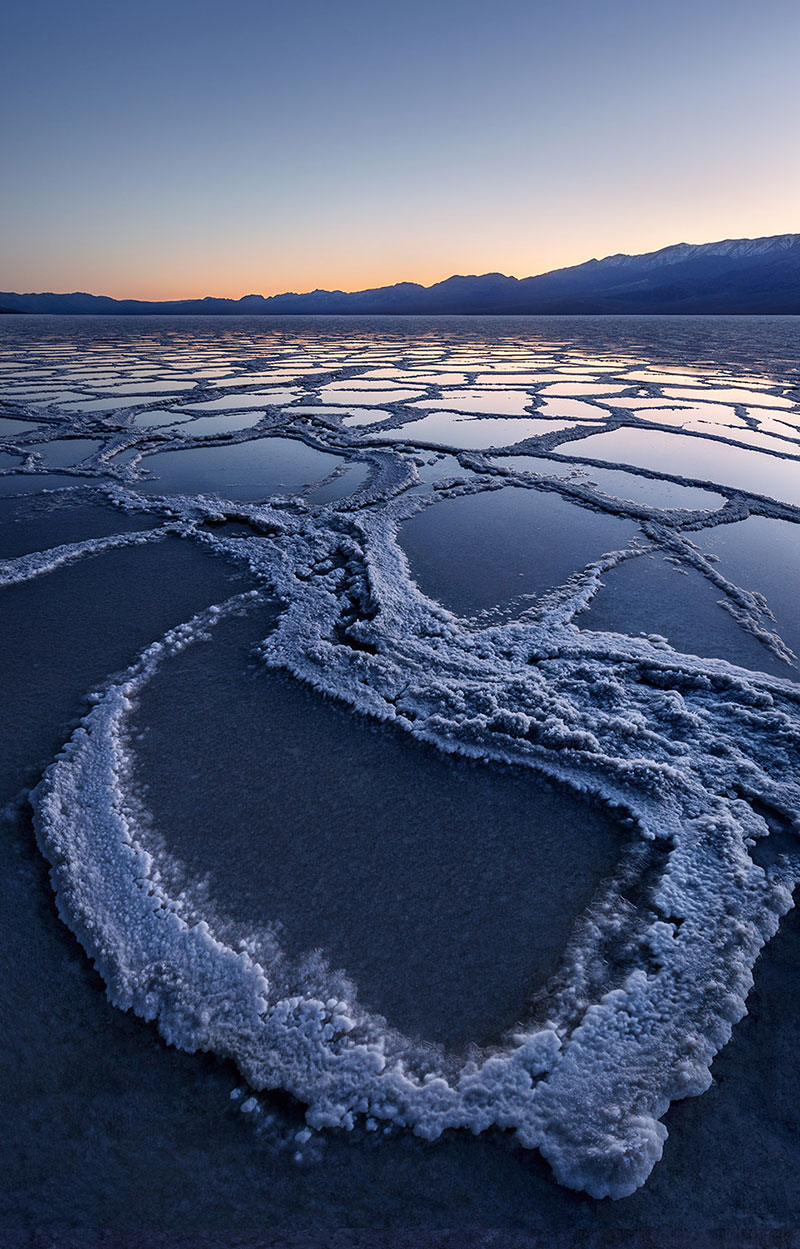 One of my favorite viewpoints is the overlook at Zabriskie Point, which stand above a twisted maze of yellow and red volcanic badlands. Sunrise is the best time to photograph this view, and if you get lucky, a few clouds might drift overhead to complete the composition. I made this photo during the soft glow of morning twilight. 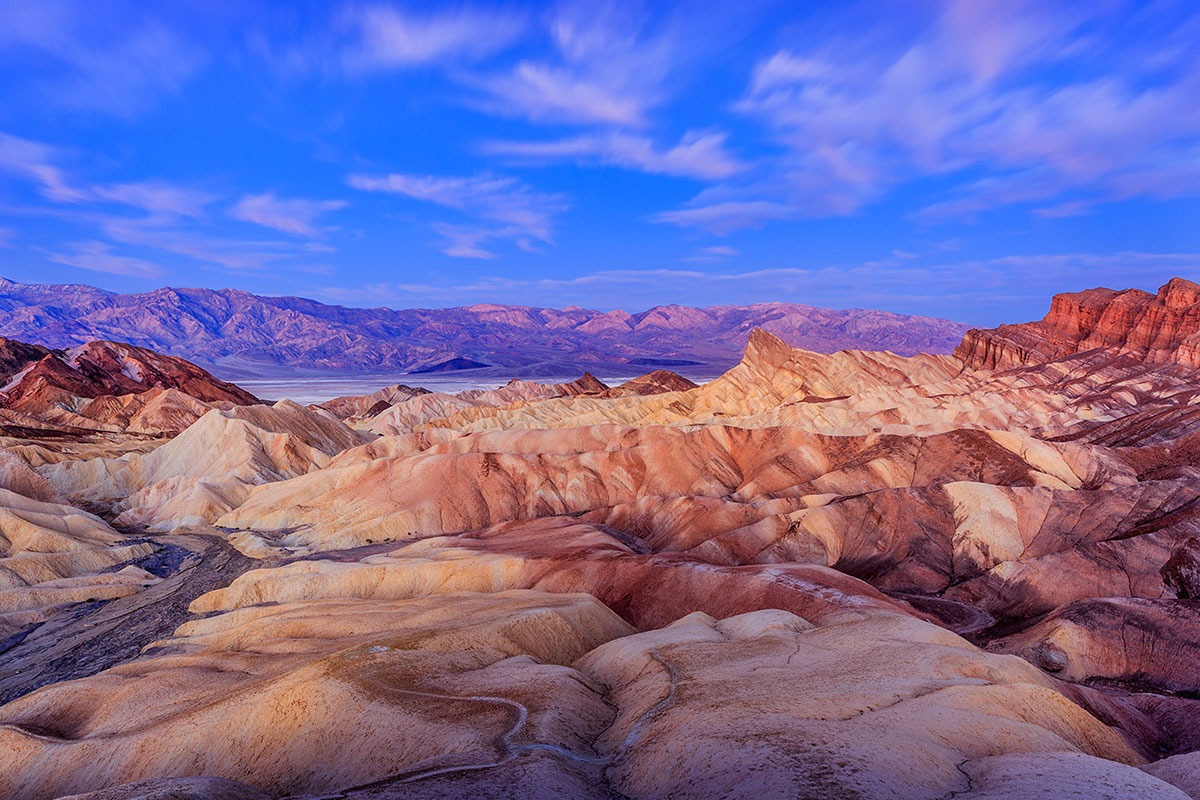 Much of the photography in Death Valley is heavily reliant on finding interesting foregrounds. I found this cracked mud, the result of a flash flood that dried in the hot desert air. I explored the mud flow until I found some interesting cracks pointing to a small rock marooned by the flood. A got really low in order to achieve a unique perspective, and focus stacked 10 photos, all taken at different focus points, to achieve near-far sharpness throughout the image frame. A beautiful sunrise was the icing on the cake! 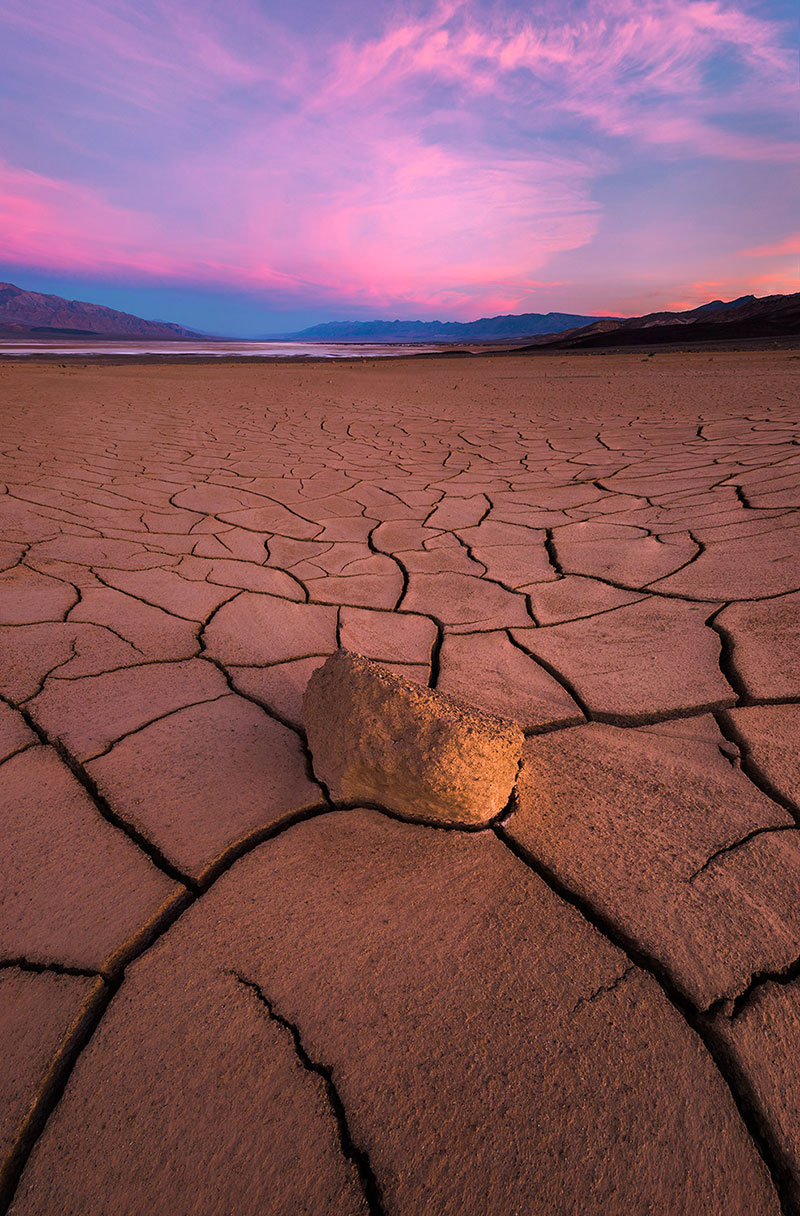 Death Valley has several sets of sand dunes, including the very popular Mesquite Flat Dunes. The dunes are best photographed after a heavy wind, which erases all of the footprints left behind by the eager hordes of tourists and photographers who descend on this place on a regular basis. The wind can also create dramatic features, such as the one I found in the image below. Sand blowing over my composition added some energy and interest to the shot. 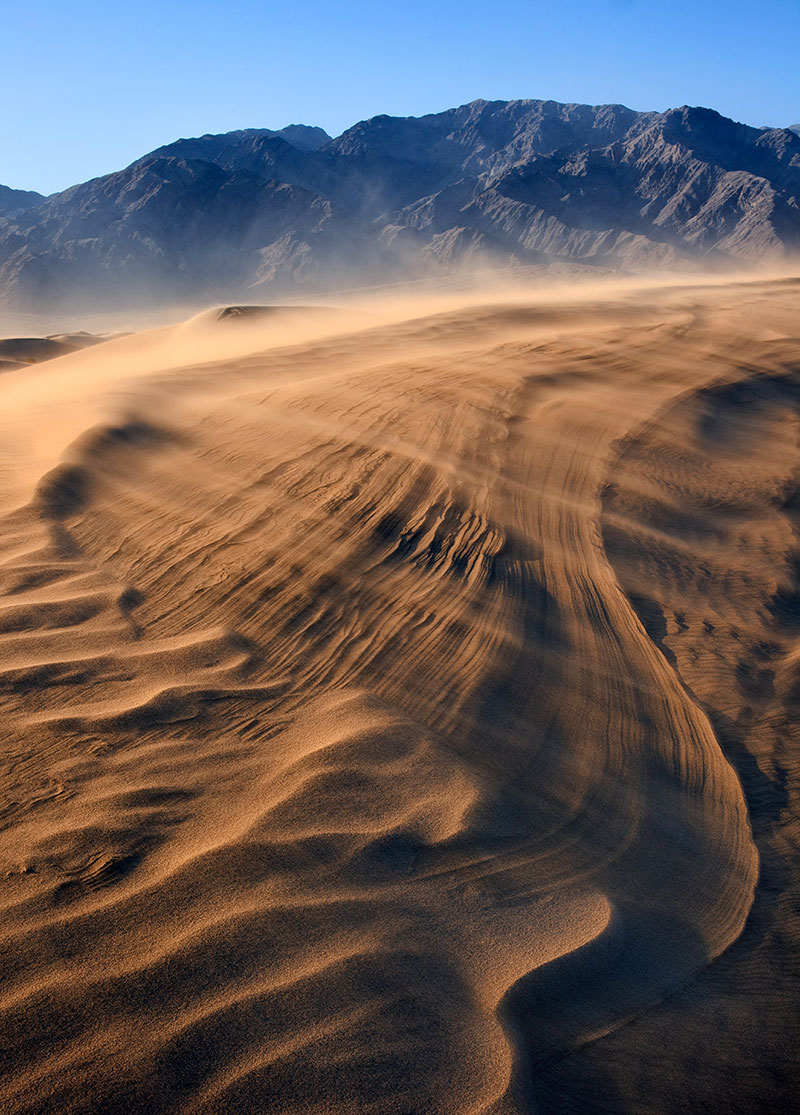